For 34 years, Bobby and Barbara Rippy owned and operated Smith’s Drug Store on Main Street in Union, South Carolina. The Rippys have long been known for generosity of spirit as community leaders and benefactors. They were active members in the Union Lions Club, Union Chamber of Commerce, and the Downtown Union Merchants Association. The late Dr. Bobby Rippy was a 1963 graduate of MUSC’s College of Pharmacy, U.S. Navy veteran, member and president of the Cowpens Lions Club.

After retiring in 2004, Barbara Rippy continues to be an active member of her community, with memberships in Union Lions Club, Union County Civitan Club, Union County Arts Council, Union County Relay for Life, Union County Historical Society, and both she and Bobby Rippy were members of Grace United Methodist Church in Union, SC. In 2015, in recognition of decades of tireless contributions to her community, Barbara Rippy was the honoree of USC Union Founder’s Day. As they dedicated a commissioned portrait and plaque, Deborah Littlejohn, vice chairman of the Union/Laurens Commission on Higher Education, noted in her remarks that her family had been customers of Smith’s Drug Store ever since their son got leukemia and was prescribed an expensive anti-nausea drug that many pharmacies were reluctant to order. 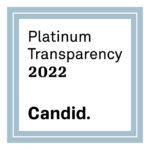